The medical record is a much older document than one can imagine because, in the middle of 1600 BC, the Egyptians already recorded health information on papyrus. The organization of medical records made individually, per patient, began to be performed at the Mayo Clinic, still on paper, and only in the 70s did the first electronic medical records appear.

With computers still evolving, electronic medical records took a few years to be definitively adopted. It was then in 1997 that a review of the study entitled The computer-based patient records: an essential technology for health care, originally published in 1991 by the Institute of Medicine of the National Academy of Sciences, recommended the adoption of the EPR (Electronic Patient Record) as a standard for medical and other records related to patient care.

Before we continue, we need to know: Do you already use safe medical software to perform your appointments? We invite you to get to know Ninsaúde Apolo, online software that can be used on a tablet, smartphone, or in the traditional way, on computers. Learn more on our website apolo.app.

The electronic medical record was adopted in Brazil in 2002, and despite being recognized by the CFM (Brazilian Federal Council of Medicine), the EPR has not yet reached a good part of health institutions, and many continue to use the old model, which is the medical record made on paper.

Several factors can lead a health professional to prefer the use of paper over electronic medical records, the most common of them being the fear of change and the process of adapting to the new. Despite this, the disadvantages that may be encountered by those who prefer to continue the old-fashioned way are many compared to the use of electronic medical records, especially concerning security, after the approval of the Health Insurance Portability and Accountability Act - HIPAA.

We've talked about Ninsaúde Apolo Software and HIPAA here on the blog before, but, not only follow HIPAA security rules to protect our users in Apolo, but we also follow the Brazilian General Data Protection Law - the LGPD. The LGPD, Law No. 13,709, of August 14, 2018, provides for the processing of personal data, including in digital media, by a natural person or by a legal entity governed by public or private law, intending to protect the fundamental rights of freedom and privacy and the free development of the personality of the natural person.

Clinics that do not comply with the standards imposed by the LGPD will be subject to punishment, which can range from a warning, with an indication of the deadline for the adoption of corrective measures, to the payment of fines. These fines may be simple, up to 2% of the clinic's earnings,  but they can reach the limit of up to BRL 50,000,000.00 (fifty million reais) per infraction, or in some more serious cases, the clinic may have its activities suspended.

We can cite here several examples of actions that are a risk not only for the safety of the clinic but also to the patient himself since the information in the medical records is under the protection of the health establishment. In cases where paper is still used, even though the secretary only transports the patient's chart from one room to another, this practice is already considered illegal, this is because this type of document should only be handled by the health professional.

In addition to the details involved in handling, care must also be taken about the storage of medical records. There must be not only a good organization of these documents but also a space that is wide and safe, since one of the biggest problems of paper, is that it may change over time, making documents illegible or even causing them to be lost completely, as in the case of floods, fires or cyclones.

The conservation of paper documents involves three premises: preservation, protection, and maintenance, and to keep them intact it is necessary to protect them from the action of five types of agents that can damage them, namely:

Inadequate storage of documents can also lead to their deterioration. Overcrowded boxes and cabinets result in the compaction of papers that, in addition to being torn and crumpled during removal and replacement, favor the infestation of insects and microorganisms. Securing papers using clips or metal staples can cause the document to deteriorate over time because due to the combination of physical and environmental factors, these metallic objects can rust and damage the document.

Now that you know the risks of using paper records, if you still don't use a management software, come and meet Ninsaúde Apolo. For more details visit our website Apolo.app and request a call from the sales team. 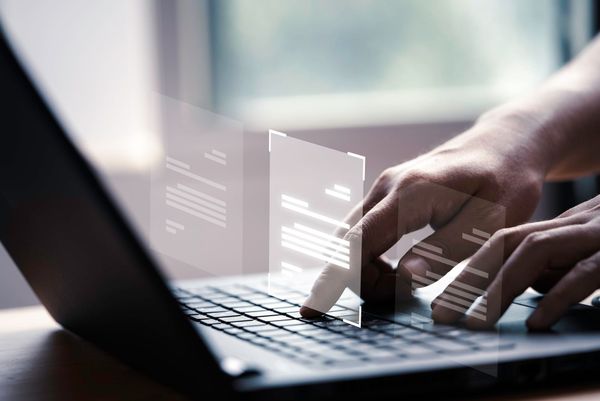 Importing data is about uploading data from an external source to the software. To transfer this data, it is first necessary to make a backup of it, that is, a backup copy. This 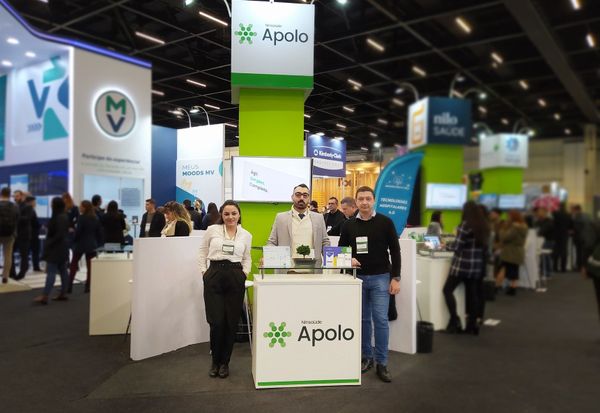 The 27th Brazilian Hospital Fair took place between the 17th and 20th of May. The event that took place at São Paulo Expo, in the capital, attracted more than 50 thousand people and