Scientists have replicated some of the processes that cause cells to fold, curl, and ripple as they become meat. Publishing their findings recently in the journal Developmental Cell, researchers from the University of California Berkeley and San Francisco campuses said their discovery was a major step in the growth of tissues and organs and the development of new medical therapies in the future.

"I'm really interested in how cells self-organize into tissues and organs," said Zev Gartner, of the university's Cell Construction Center, and senior author of the article. "If we want to build with biology, this is the engineering language that we need to learn."

The key to the discovery of Gartner and his colleagues was mesenchymal stem cells, which, he said, connect other cells in the same way that mortar holds bricks. They studied cells in the rat's digestive tract, watching how cells pushed and pulled collagen - the most prevalent type of protein in animals - into shapes that would eventually become villi, or small projections in the intestines that would help absorb nutrients.

In the lab, they placed mesenchymal cells from mice and humans into collagen fibers that were as long as an inch and then watched the fibers transform into different shapes.  “It takes more than two hours. It's very fast, ”he said. "I was totally blown away."

They also figured out how to predict the shapes cells would create based on their placement in collagen and other factors, producing wrappers, tubes, and abstract designs like Miura fold, a popular origami design.

They also placed other cells, such as human umbilical vein endothelial cells, in the collagen and found that they would also fold and, in certain circumstances, help to build new shapes.

Finally, they purposely introduced errors and challenges to prevent mesenchymal cells from folding collagen. But many times the cells continued to fold, suggesting that they were robust enough for further engineering in the future.

"A single mesenchymal cell can change the architecture of the surrounding collagen," he said. "But large networks of these cells that connect spatially, hundreds of thousands of these cells working together, organized in certain ways, can now do really incredible things, folding these tissues into really elaborate and beautiful patterns."

The creation of new organs opens the door to transplants, personalized medicines, tests to cure diseases, and research on how and why tissues grow incorrectly. To obtain commensurate test tissues, current technology requires researchers to clone an organism, then harvest the clone's organs - an ethically questionable approach. Three-dimensional printing can also produce versions of organs, but they generally still cannot be called duplicates of their organically grown counterparts.

"There will have to be some kind of engineering of these tissues, whether in other organisms or bioreactors that we manufacture in a dish,"  said Gartner. "To do this, we are going to have to understand how development works."

We are still a long way from being able to provide the best treatment to everyone who needs it, but we can be on the verge of change thanks to virtual reality. Few 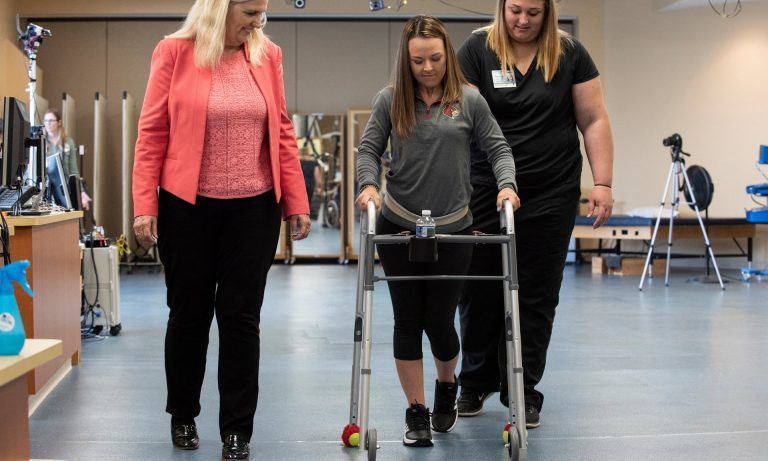 Phantom limb painful syndrome is a physiological condition that occurs in about 85% of amputee patients. It is the sensation of pain in a part of the body that has been removed in